LNE Consulting (Hollywood, FL) shares a collection of quotes that will change the way you think about success. 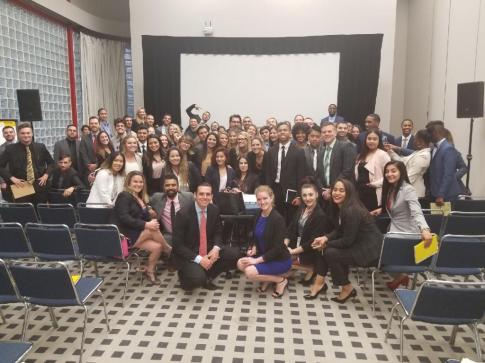 In every career path, people strive for the same thing: success. But success—ever desired and often elusive—is nearly impossible to quantify. A person who is largely viewed as successful may vehemently deny that they have reached such a status. The truth is that success comes in many different forms, each of which should be recognized and celebrated. That’s why LNE Consulting gathered 4 of the most thought-provoking quotes about success, guaranteed to challenge and transform the way you think about it.

1) “Never mind what others do; do better than yourself, beat your own record from day to day, and you are a success.”—William J.H. Boetcker

This quote is a fantastic reminder that those who constantly compare themselves to other people will never be content with any amount of success. At the end of the day, you are your biggest competitor. It’s you versus you. Your personal success should be measured by your personal progress!

So many people believe that the mark of true success is wealth. As Kruse reminds us with this quote, life should not be wasted in pursuit of financial gains. Your focus should be on leaving an impact that will live on after you’re gone, because money can’t buy you a legacy.

3) “Winners are not afraid of losing. But losers are. Failure is part of the process of success. People who avoid failure also avoid success.”—Robert T. Kiyosaki

This quote is one of many which emphasize the role of failure in reaching success. The lesson here is that success is never reached without the wisdom learned from failure. People who are too afraid to try will never learn such lessons and therefore never find prosperity.

4) “Success is not final, failure is not fatal: it is the courage to continue that counts.”—Winston Churchill

As Winston Churchill reminds us with this quote, nothing is permanent. Those who reach success may become prideful and fall from it. In contrast, those who fail should not be discouraged, because the courage that they gain in persevering is pivotal in the pursuit of success.

These 4 Quotes Will Transform Your Definition of Success | LNE Consulting

LNE Consulting (Hollywood, FL) shares a collection of quotes that will change the way you think about success. In every career path, people strive for the same thing: success. But success—ever desired and often elusive—is nearly impossible to quantify. A person who is largely viewed as successful may vehemently deny that they have reached such […]

Did You Just Graduate? Here are 5 Tips from LNE Consulting

Graduating from college can be an exciting, confusing, and overwhelming experience—just ask our some of our team members at LNE Consulting (Hollywood, FL). However, first and foremost, we would like to congratulate you on this impressive feat! A lot of hard work, determination, and long nights of studying have finally paid off and you are […]

Excellent leadership is a well-known part of our culture here at LNE Consulting (Hollywood, FL). However, becoming a great leader isn’t easy, it’s actually one of most difficult skills to attain. You need to be able to guide a group of individuals to reach a common goal, while at the same time acting in a […]

3 Ways to Be a More Resilient Person | LNE Consulting

Resiliency is a trait that is often overlooked in the business world. Some people assume that just because you are talented or have leadership skills that your career will be a chain of successes. But any venture is sure to be full of pitfalls; there will be ups and downs, but the important thing through […]